When I called on Tuesday to make an appointment to get some acupuncture I had to leave a message, in my message I may have mentioned the possibility of a fertilized egg.  He knew about Bear since I had to cancel my appt last week.  When he called back he asked first about the dog, I said “he had a rough week but he is home and getting around much better now. ” His response was “it sounds like you’ve been getting around too, tell me about this fertilized egg.”  I was laughing so hard I had to pull it together and then tell him about the ‘accidental’ sex.   Luckily I thought it was funny, some women might not have taken that very well though.

Anyway I made my appt for today and it was great!  None of the needles hurt very much at all and I was so relaxed the whole time.  We worked on getting my uterus nice and strong so that it will be ready for implantation early next week and hopefully for the next 9 months. He also said I needed to keep my Kidney yang up so I was given a moxa stick to burn over some points for 10 min a day until I test.  I’m excited about that because it actually gives me something I can do, which doesn’t really put the power in my hands (I know that all too well) but it will at least act as a fun distraction for a little while.  He also gave me some teapills to take called Right Sided Replenishing pills.  I couldn’t help but google them.  I didn’t find much information on the formula but what I did find sounded good for things like kidney yang and blood nourishing, sounds like they will help me keep my energy up too which I could certainly use right now.  One cool thing that I saw was a list of ailments these teapills adress and one of the things was myasthenia gravis, which is what bear has!  I’m not brave enough to slip him any but I did think that was super interesting.  You know how one day you’ve never heard of something and then as soon as you do you see it everywhere.

I’m trying to be good about everything else as well.  I’ve been listening to my circle and bloom tracks every night before sleep.  I had a sip of Cloudy’s beer last night instead of having my own.  I am trying to be conscious about what I eat.  I’m starting to change small habits just in case.

Bear is doing really well.  We have his routine down now and even though it is a little tedious it isn’t that bad.  The hardest part has been that my activity level has dropped way off.  I usually try to get to the gym or the pool at lunch time but now I am running home everyday to dose the dog.  And I have been missing our nightly walks because Cloudy takes our other dog while I feed and walk bear around just in our yard a little bit.  He is worth it but I am missing working out….strange. 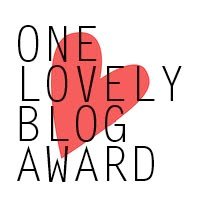